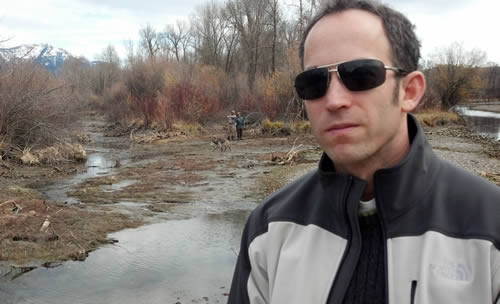 What do these hit shows have in common?

Award winning Writer, Director and Executive Producer, Jake Laufer began his career nearly 20 years ago as an unpaid production assistant in Philadelphia.   With nothing but a college diploma, a Super-VHS demo tape and a dream, he was able to convince the good folks at Grinning Dog Pictures to let him hang around and learn the art of documentary production (photocopying, taping receipts to paper, 3-hole punching, and the rest).  One year later he received the hard earned promotion to paid production assistant, which included some actual American currency and the promise of screen-time during recreations (British boy packing boxes, non-credited).

By the early 2000s, Jake had relocated to Washington, DC where he earned a reputation as one of the top writers and producers of true-crime programming, earning a Cine Golden Eagle and a Tele Award for Body of Evidence: Casualties of War, and rising to Series Producer for the CourtTv/truTV series, Suburban Secrets.

In 2008, Jake finally shed his east coast bias and relocated to LA to work on the long running A&E series, Paranormal State.  One year and 33 highly rated episodes later, Jake was asked to take on the Co-EP role for the new Discovery Channel series, Ghost Lab, which brought a scientific approach to the field of paranormal investigation.   After two seasons, including a 3-D episode, Jake took the reins of Season 1 of Brad Meltzer’s Decoded for History, which was renewed for a second season.

More recently, Jake spent four months on police patrol in Arizona with Steven Seagal: Lawman, oversaw History’s hit show Mountain Men as it expanded from 8 to 16 episodes, while simultaneously launching the desert survival series, No Man’s Land, helmed a six-hour hybrid docu-reality series on the science and prophecy of the Apocalypse, directed a BBC travel pilot in Tijuana, Mexico, ran post for the first season of Lost in Transmission for History, oversaw a Discovery Channel series in London. He braved the Texas summer to run Season 4 of Friday Night Tykes, delivered 18 episodes of Wheeler Dealers, and most recently launched the hit Discovery Motor show, Bad Chad Customs, which became the networks’ highest rated freshman show in over a year.

Jake is known for his strong working relationships with talent, network executives and his production partners, as well as his rolodex of top-notch producers, editors and field crew who share his work ethic and can-do attitude.   He prides himself on productions free of (off-screen) drama, as well as the ability to master multiple genres, giving each project a unique and elevated feel.